Liberals will tax campgrounds out of business

Although Fish The Weedline will always take a neutral stance when it comes to politics, but this is disturbing. 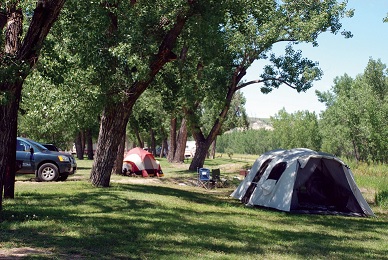 Canada is known globally for its natural wonders. People from all over the world come to see and experience the mountains, rivers, and wildlife that are right in our backyard. As Canadians, we rightfully take pride in our country’s natural beauty. It’s our job to preserve our wilderness areas, and to support the people who help make Canada a top tourism destination, year after year. However, now the Liberal government is unfairly targeting campground owners and other small operations by saying that they’re too small to be a “small business.” Campground owners, they say, don’t have enough employees to qualify. They are doing this because they think that owning a campground is “passive,” not “active.” What they’re actually saying is that campground owners don’t have to work to maintain their property. Yet, if you’ve been to a campground, you’ll know there’s a lot of work to be done there. Hydro, septic systems, playgrounds, showers, swimming pools, and stores are all maintained by the campground. Campground owners also wear many hats: they are landscapers, janitors, accountants, and security guards. They make sure they provide a safe, clean, and fun atmosphere for your family to explore the outdoors in. You and I know these things, but I don’t think the Liberal government does. If they did, they wouldn’t be making campground owners pay more than three times as much tax as other small businesses. This means that some campground owners won’t be able to afford their own businesses anymore and visitors will be looking harder and travelling farther to find an open campsite. “Our parks and campgrounds already have difficult economic conditions in our province to deal with today. A 300% increase in the corporate tax rate for our small seasonal family run businesses will be the final nail in the coffin for many of our campgrounds. We all work long hours, seven days a week during the season and we certainly don’t just sit around all day,” said Cara Braeutigam, current Chair of the Parks and Campgrounds Owners Association of Alberta. Campgrounds aren’t the only small businesses that are affected by this decision. Owners of mini-storage facilities and small commercial properties are also being hurt by this unfair Liberal interpretation. When I stood in the House of Commons last month to ask the Minister of National Revenue why her government was punishing these small businesses, she simply replied that small businesses need to pay “their fair share” of tax. Yet, paying three times as much tax as other businesses doesn’t really seem fair. Small businesses are the backbone of the Canadian economy, but they can’t seem to catch a break with this government. First, the Liberals broke their election promise to reduce the small business tax rate to 9 percent, and then they imposed a CPP premium increase which will reduce the opportunity for small businesses to hire more employees. And now they are further punishing some businesses for the crime of being too “small”. This government needs to start helping small businesses instead of overtaxing them. Blake Richards is the Conservative MP for Banff-Airdrie Postmedia, January 20th, 2017

Learn to tie your knots

Follow these links to read about the Walleye shortage on Lake Scugog. 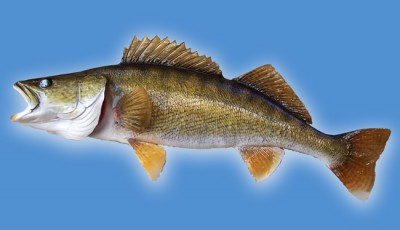 Anglers can find these prized game fish province-wide, from the Great Lakes to shallow cottage-country reservoirs, from deep, powerful rivers to the loneliest waters of the Canadian Shield. And wherever they are, there's a great shore lunch just waiting to be had.

Read the story from the Toronto Regional Conservation Authority